Sentinel's debut album speaks to the times. A sentinel is one who sees, and this work takes a circumspect look at the existential and cyclical nature of time, woven with comedy and content. This surprisingly charming cosmic adventure in sound comes out of the southern Oregon and features a diverse mix of fresh 60's to modern folk/pop/rock music with evocative lyrics. Award winning producer Charles Button brings the music of artist Jef Kooper to soaring new heights. This is a well produced album of thoughtful songs that move, with influences that nod to artists as diverse as the Moody Blues, Frank Zappa, and the Grateful Dead. The opening track contains a voice over except from John Niehardt's "Black Elk Speaks", performed by Tony Award winning actor Tim Sampson. Sentinel's NightWatch" shines from start to finish. 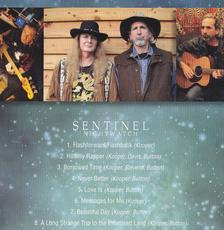 ORDER CD'S ON OUR STORE PAGE!