Charles Button is a music industry veteran, known for his silky voice and original style. He has performed on several occasions at B.B. Kings Blues Club at Universal Studios  in Los Angeles. The CHARLES BUTTON BAND performed at the Kodak Theater in Hollywood, closing the show for the 2002 Native  American Grammy Nominee Showcase.

Charles was a winner in the 2008 NATIVE AMERICAN MUSIC AWARDS IN THE CATEGORY "Best Producer".

Charles has had his original music featured in FILM and on TELEVISION.

He has also recorded a solo album in England for an independent English label.

or for a comedic 1 off piece: http//www.youtube.com/watch?v=JZaWCvMS5QY

Charles is a caretaker and lives with 19 white and 6 brown buffalo. Learn more at: www.WhiteBisonAssociation.com

Charles last 5 CD's - In The Spirit," Awakening"', and "Here & Now " by GREAT MYSTERY, "FIRST FLIGHT" BY BLACK RAVEN, AND "NIGHTWATCH" BY SENTINEL, were all nominated for a Native American Music Award. Great Mystery's "HERE & NOW" (co-produced by Canyon Record's seven time Grammy nominee Will Clipman) was again nominated in the  "Best Producer" category in the 2009 NATIVE AMERICAN MUSIC AWARDS.

Check out this cd and it's awesome Zappaish quantum single "HILLBILLYRAPPER". 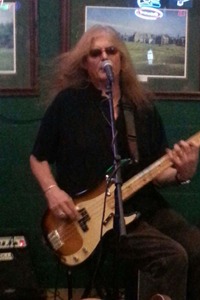 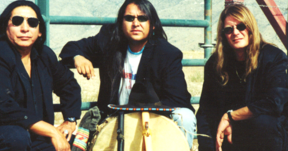